For those of you from our home city of Hull, especially those of you with kids, the name “Soccer Kings” will likely be familiar. Soccer Kings, located on Oslo Road, Sutton Fields, operate a large, indoor football complex, complete with three 5-a-side pitches equipped with the latest 3G synthetic turf, which is used by top European clubs. It is also used for official Champions League games as well as having been promoted and endorsed by a range of official sporting authorities.

Thanks to their outstanding, contemporary facilities, Soccer Kings is able to provide an opportunity to play or spectate in comfort and safety, away from the mud and rain. Teams can participate and train on the most advanced surface that sports technology currently has to offer.

This job originally came to us via word-of-mouth introduction from a client for whom we had installed vehicle livery (our reputation being so high that many of clients recommend us to their friends and business associates). At this point, Soccer Kings already had two other signage companies vying for the work, and went with us in part because of our sterling local reputation, and because of the innovative and imaginative approach of our design team.

Primarily, we were hired to help Soccer Kings reimagine their internal signage and Point of Sale graphics; after undertaking a full rebrand, they felt that the elements currently in place were rather drab and uninviting; they certainly didn’t adequately reflect their company image and the new branding style.

From the very beginning, Soccer Kings wanted something really eye-catching, unique, and memorable. They supplied us with a number of images they wanted incorporated into the design, but other than that, gave us pretty much free-rein over the development of the project, which gave our team a lot of creative freedom. On that note, we decided to try something that even we had never attempted. We advised using synthetic turf as part of the refurb, which the client found to be exciting and innovative, and not something the other design companies had considered, so we used this as one of the main running themes throughout (mainly on the reception desk and exit wall).

Working with synthetic turf was something entirely new to us, and so it was a bit of a learning curve, discovering what we could and couldn’t achieve with it as the project developed; we tested a variety of new processes until we got it just right. The job also included working around a number of large, immovable internal fixtures and fittings, which gave us little room for error.

The client was so impressed by the initial results that they contracted us on the spot to adapt the method for use on other internal elements, most notably an internal wall to display league results, and a variety of POS. This also included adding 3-D, mounted social media icons along the face of the reception desk, for which we used specially built locaters to lift the material from the textured surface and really make them stand out.

From there on, this job quickly began to evolve to include further elements, including some large scale printing and signage for the external facings, and wrapping the internal doors.

Soccer Kings wanted some unusually large-format, but nevertheless cost-effective, external signage, featuring their new brand design and several images of famous footballers that they supplied us with. Using our trusty HP330 Latex Printer and design software, we scaled up the images supplied, built the signs in sections using trays, and then carefully aligned and applied each section to create the full size, seamless end-product.

The internal doors required some special attention. Due to the strength of the adhesive that had been used to affix the original symbols, their removal caused significant and unavoidable damage to the existing laminate. However, our team carefully removed the damaged sections and replaced them with a hard-wearing vinyl wrap, mounting the new symbols on top.

All in all, this was a very involving and, at some points taxing project to work on, but ultimately very satisfying to see it all come together so well from what was originally only intended to be some internal signage! It required our team to not only utilise their existing skills and experience to the fullest, but also to learn and adapt as the project progressed, which leaves us in a much stronger position for similar jobs in the future. The most important thing, however, is how delighted Soccer Kings are with the finished product, and we couldn’t be happier that we have another satisfied client and another fantastic display of our collective skills to show off to future clients!

If you are looking for expert and bespoke signage for your business, no matter your size, grab your phone and give us a call on 01482 247101, or, should you feel so inclined, drop us an email - hello@business101.co.uk. 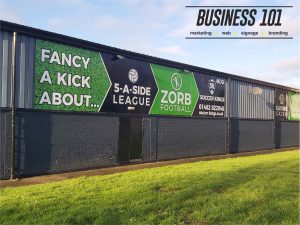 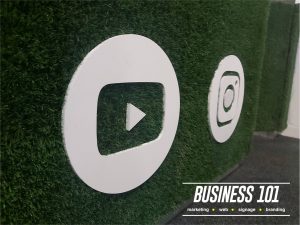 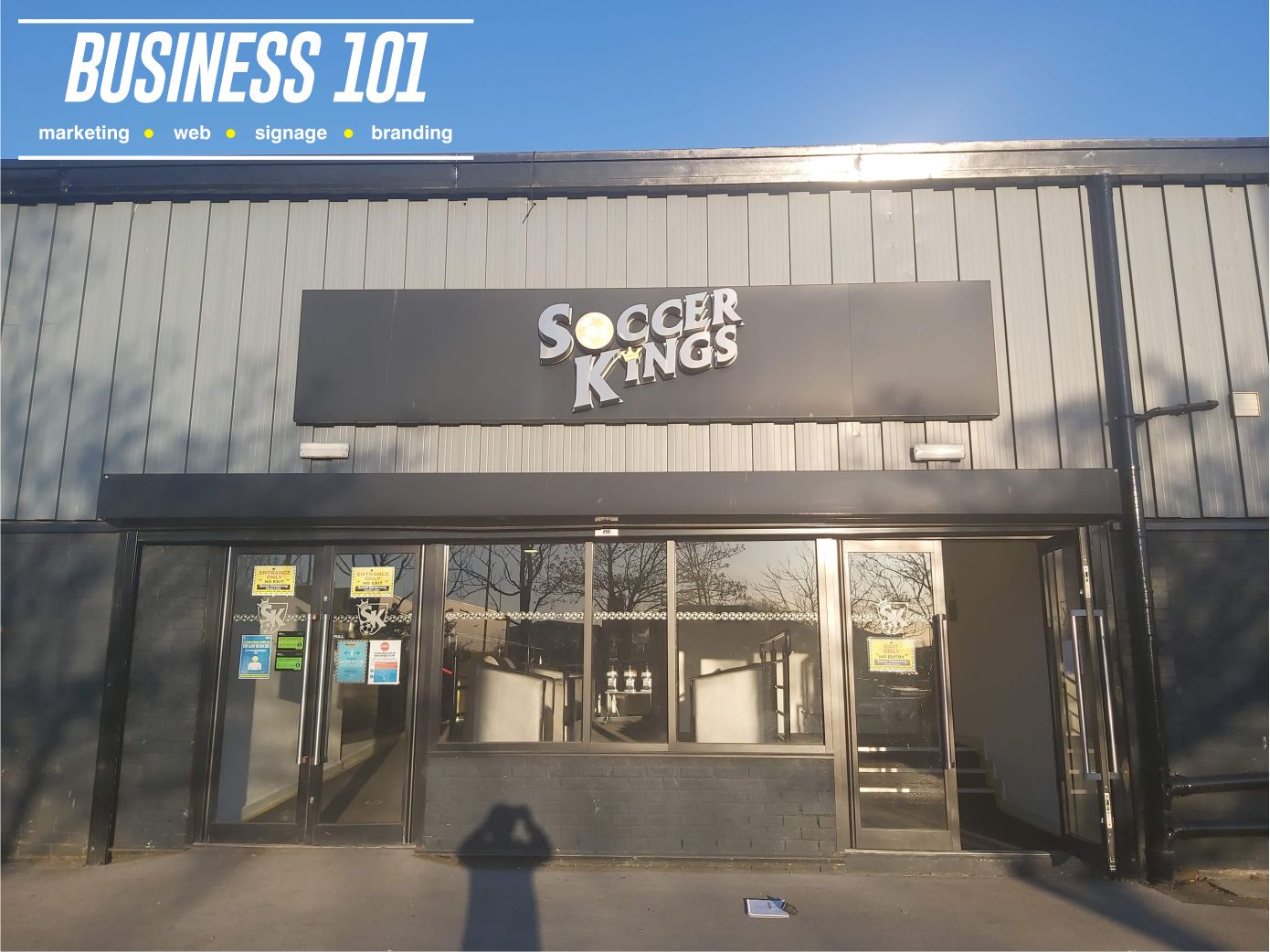 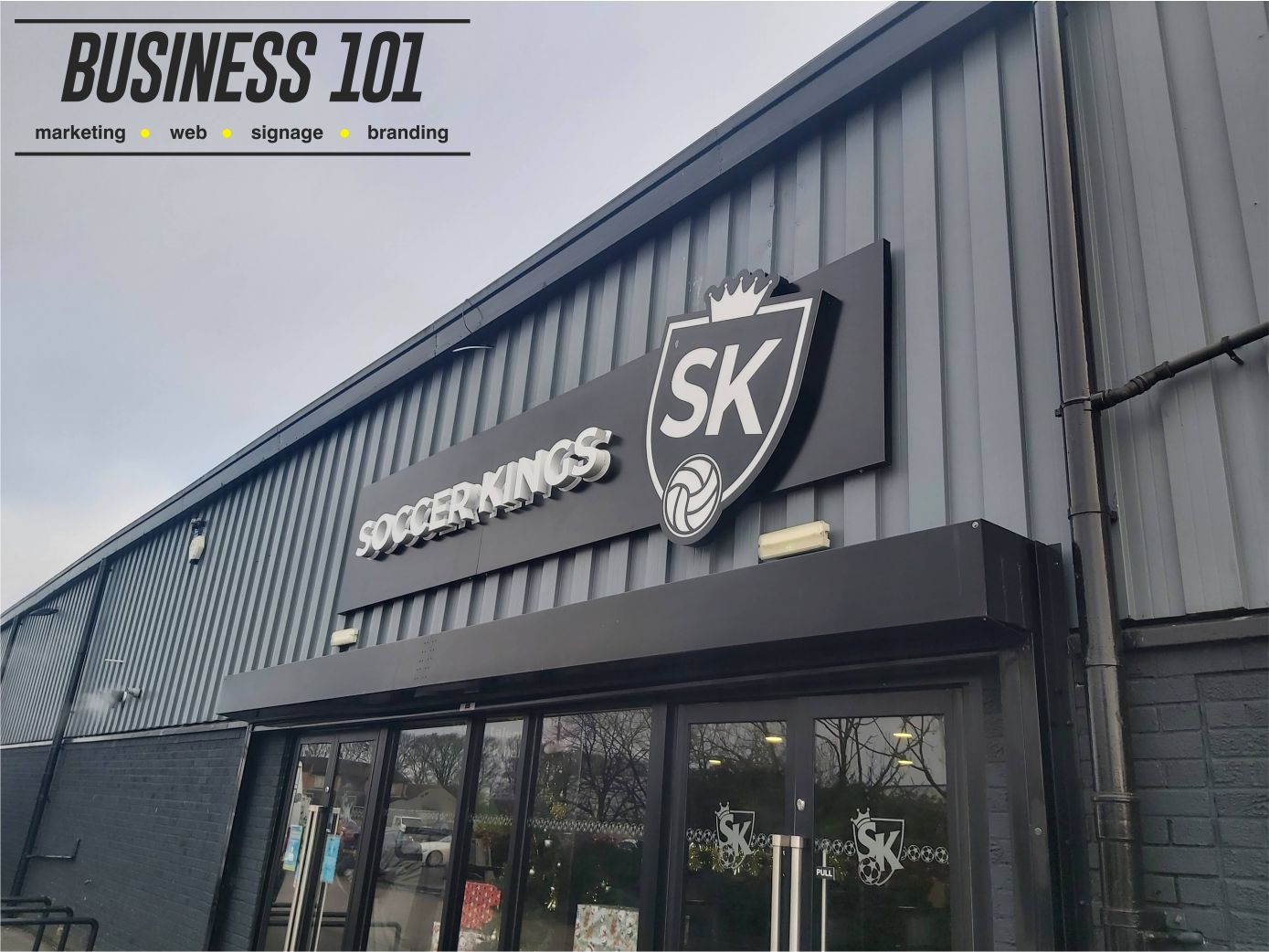 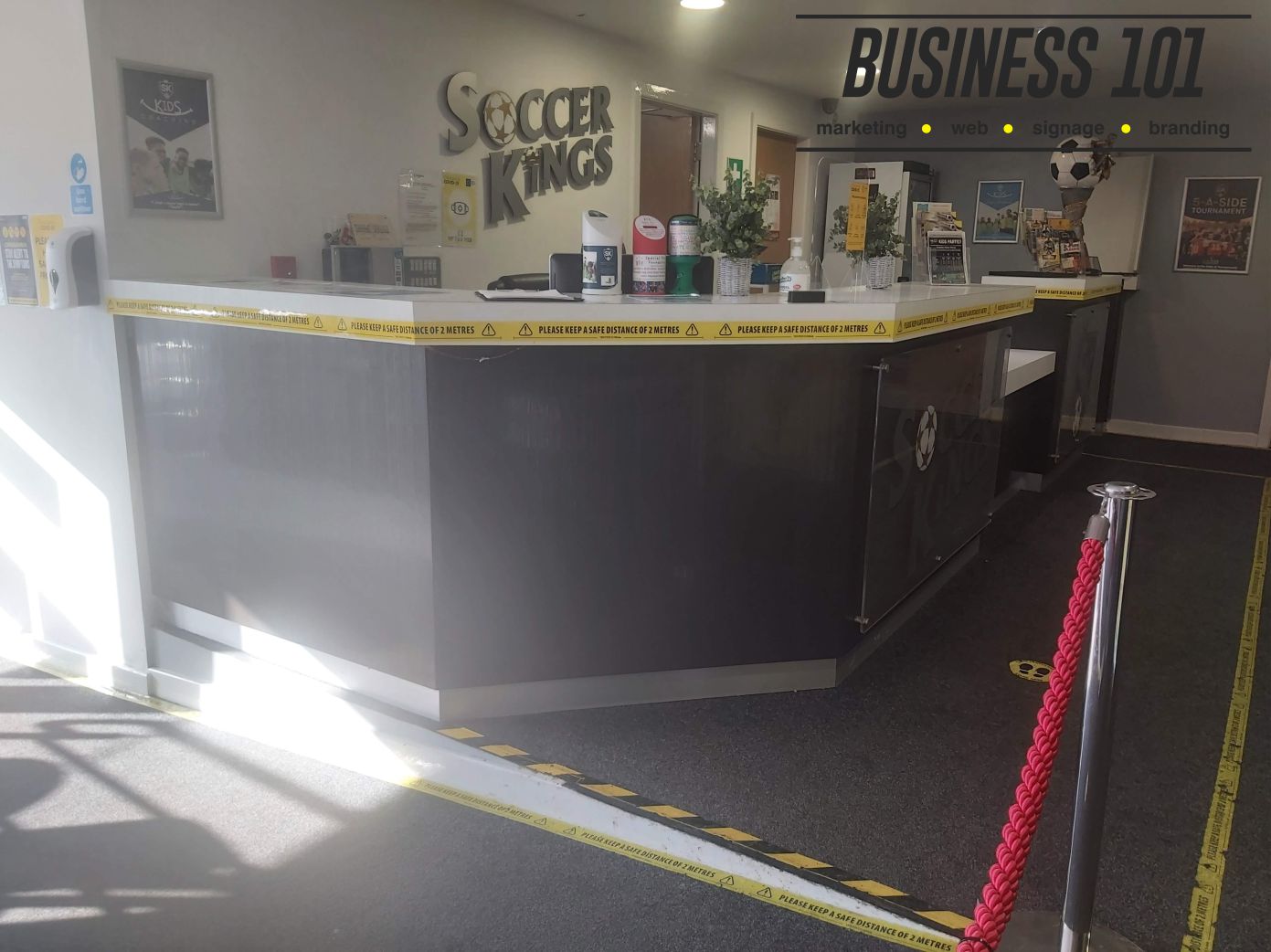 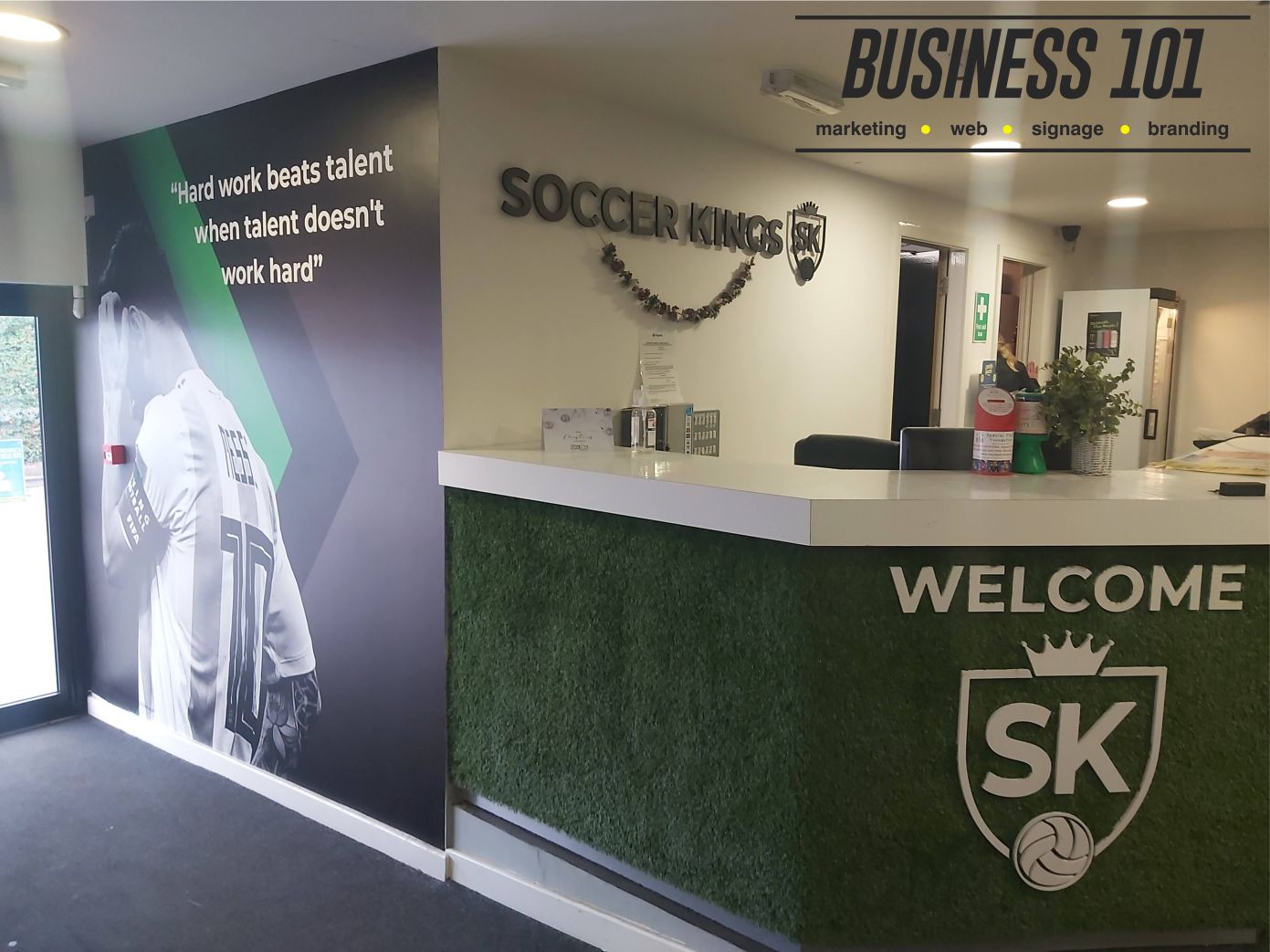 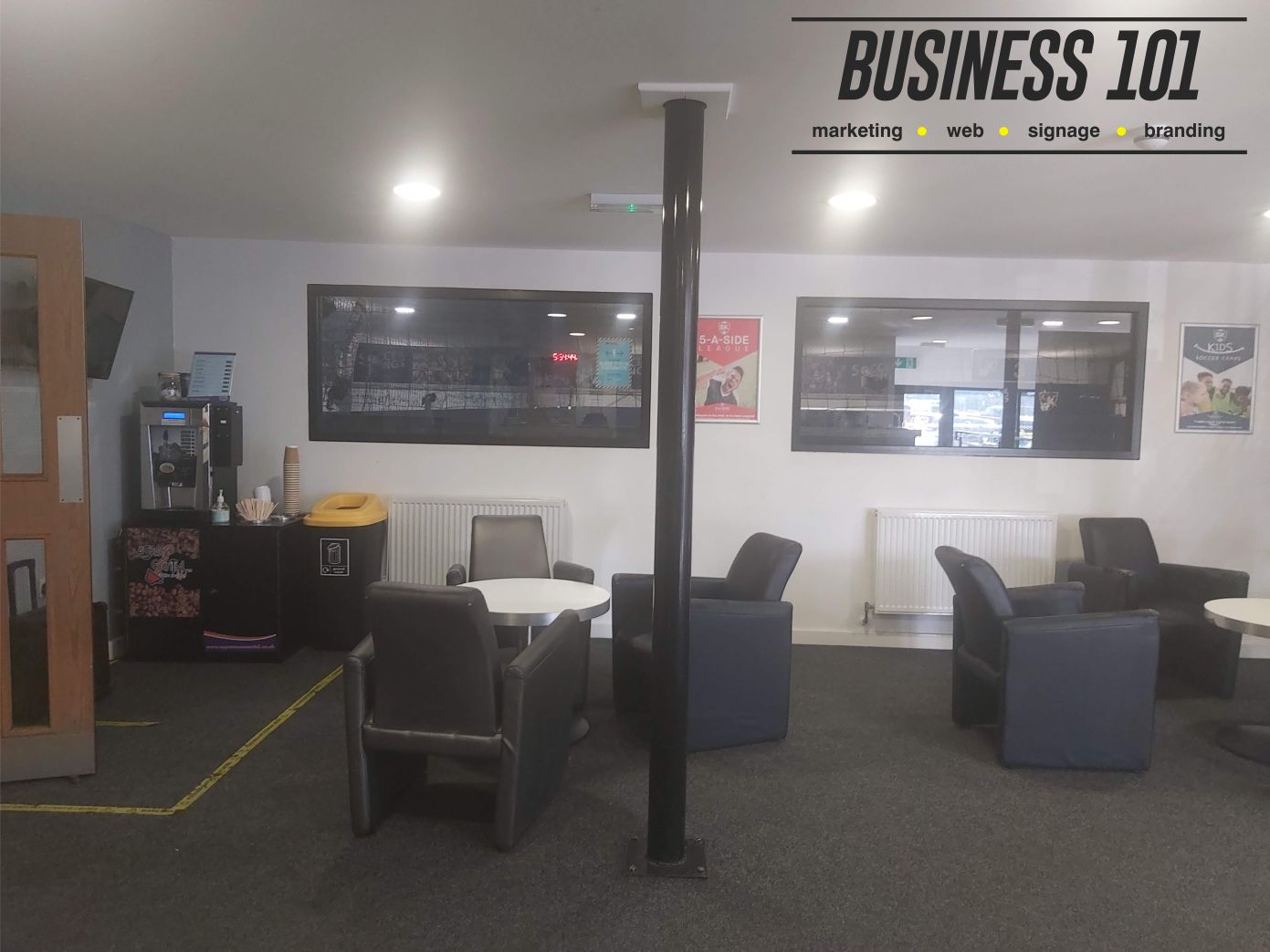 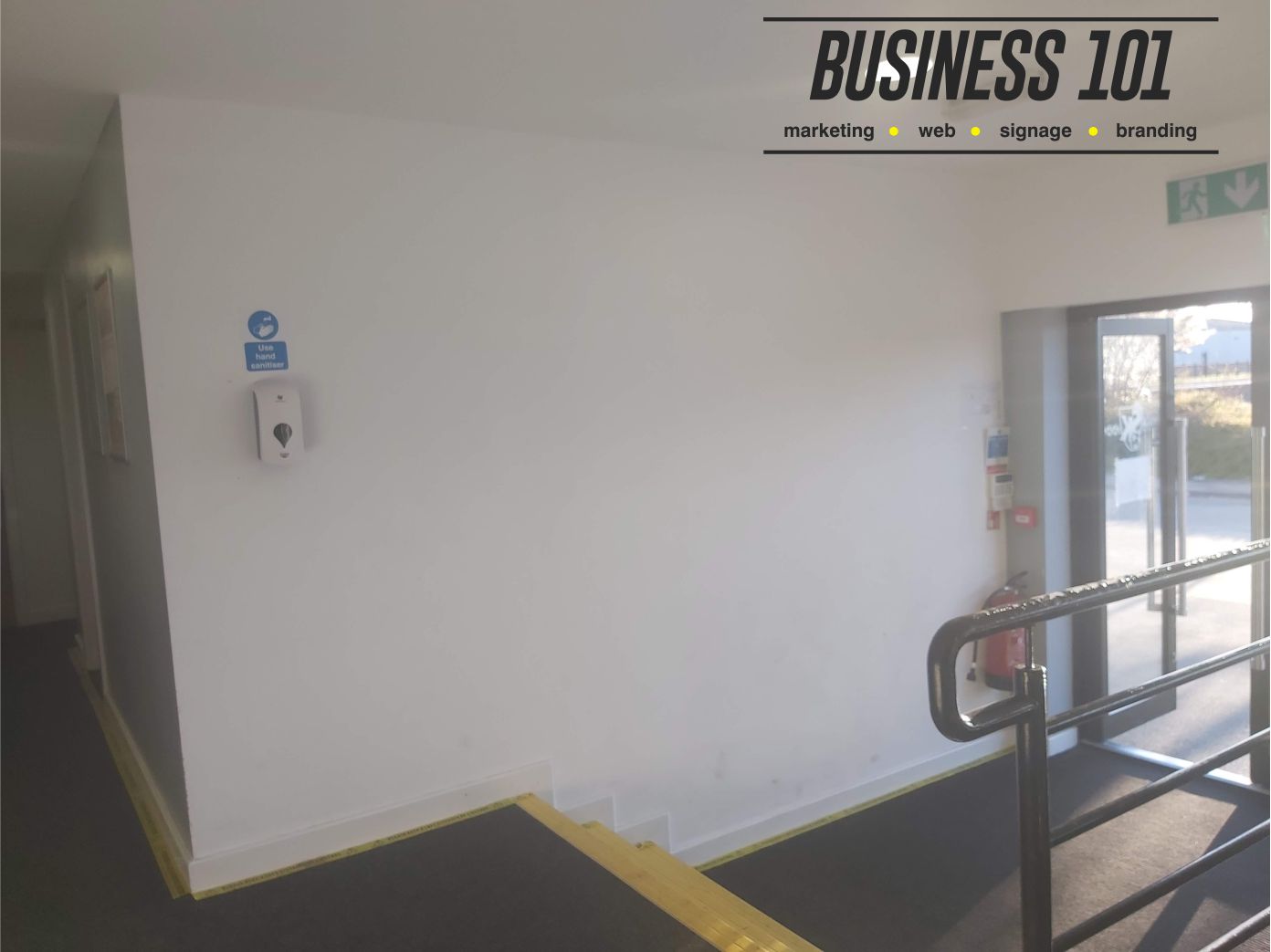 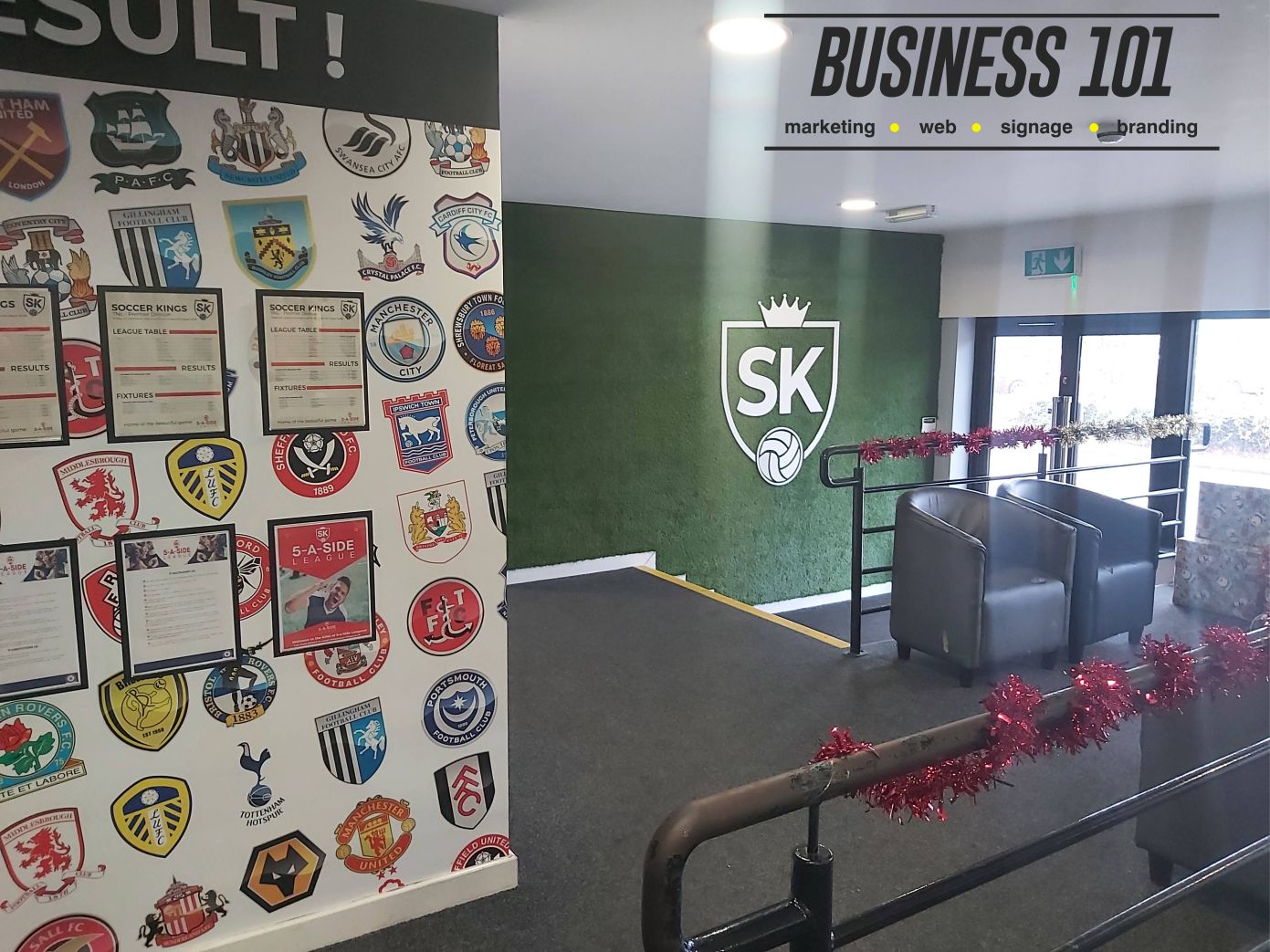 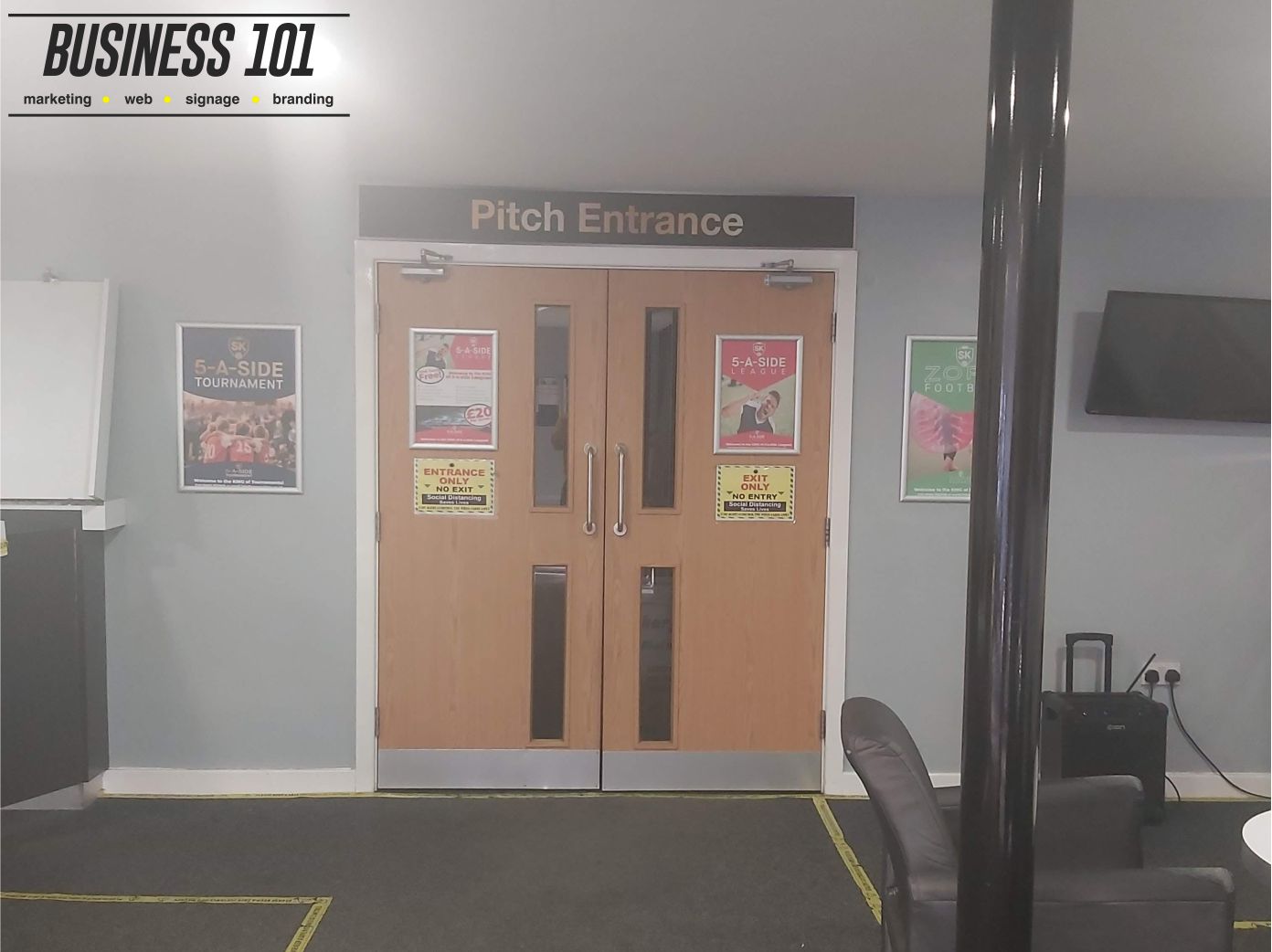 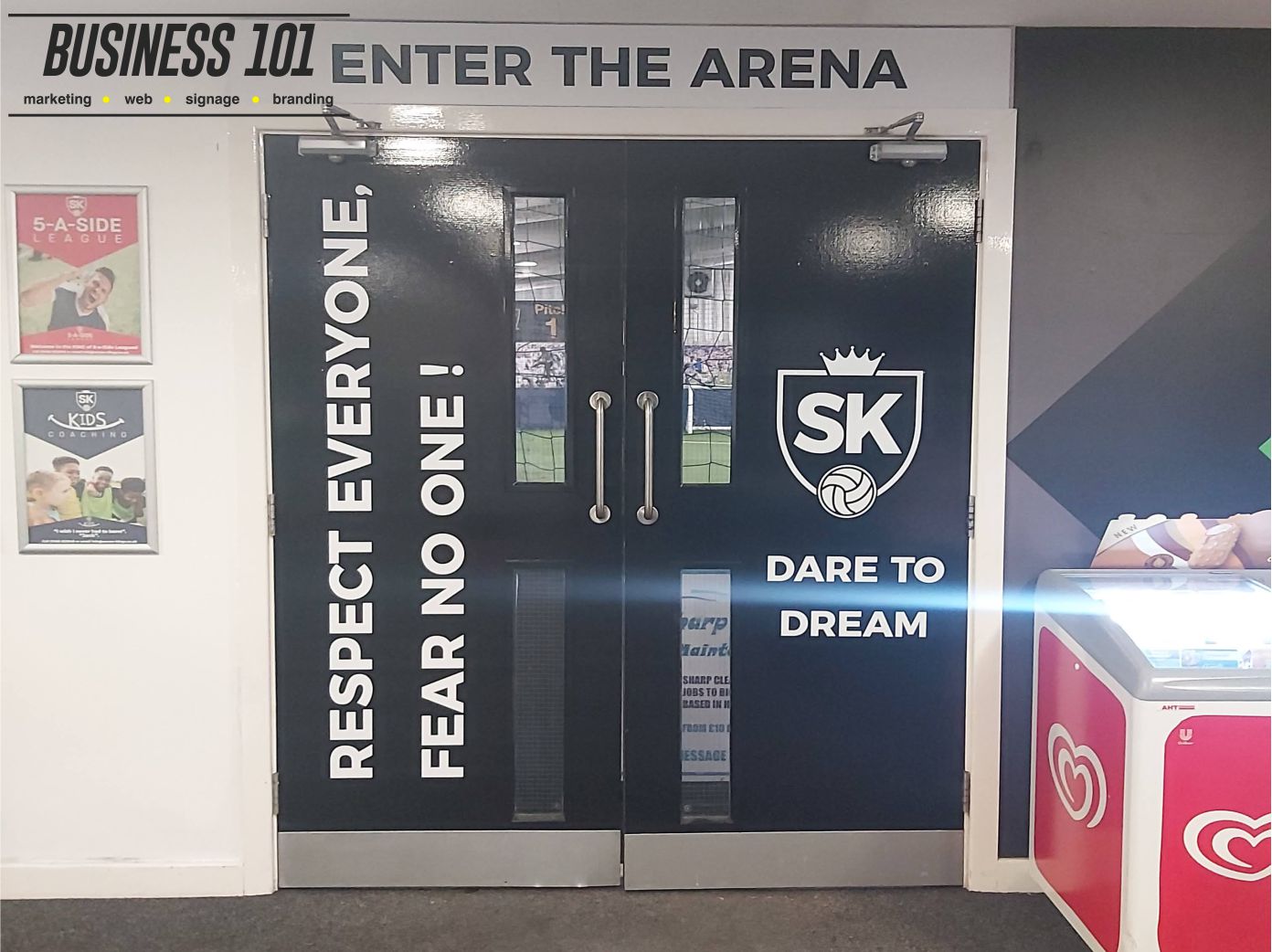 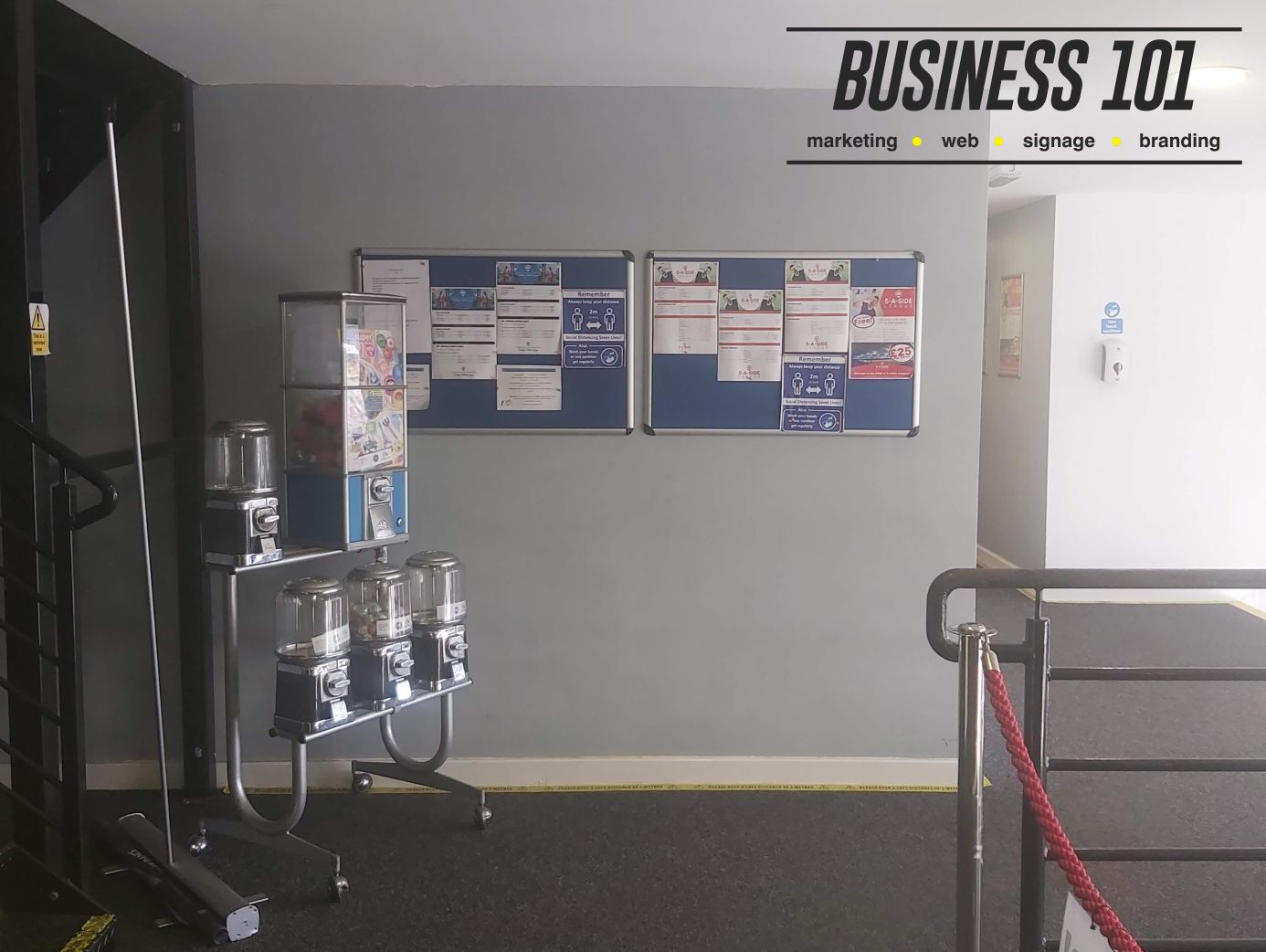 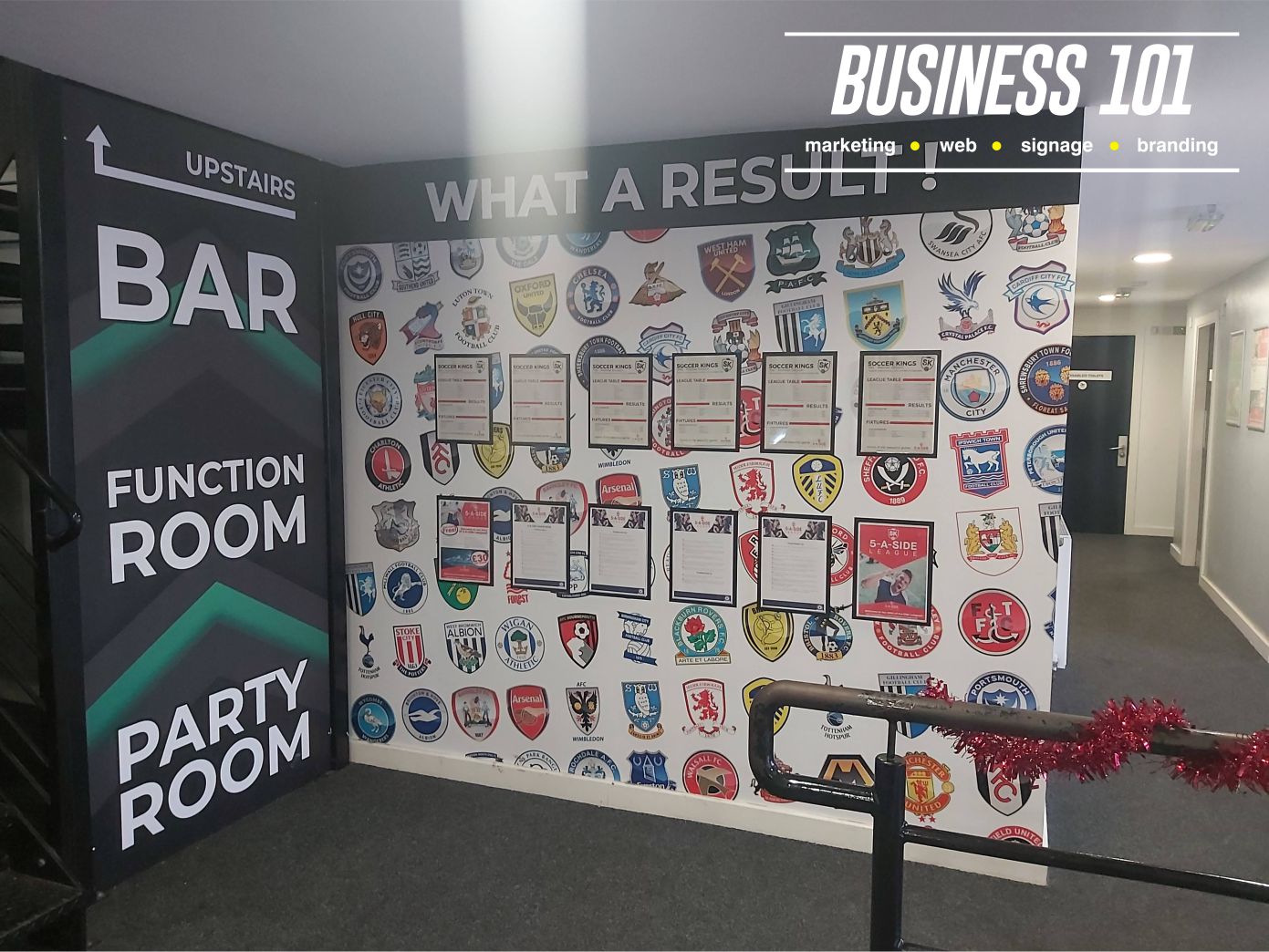